Obama Weighs In on Your Financial Consultant

This article originally appeared in the Santa Barbara Independent online on October 31, 2009. To see the PDF of the article, click here.

President Aims to Oblige Stockbroker to Put Your Interests First

The Department of the Treasury, under direction from the Obama administration, has proposed a new standard that would apply across the board to both stockbrokers and investment advisers. This standard dictates that anyone presenting investment advice would have to operate under the “fiduciary” standard.

And that’s a good thing. As it stands now, the law states that your stockbroker is not obligated to put your interests ahead of his-or her or its-own. 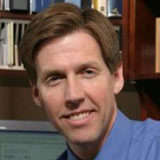 Investors in this country are usually unaware of this particular wrinkle. Stockbrokers may place their client’s interest after their own because they operate under something called the “suitability” rule. Simply put, what they offer must be “suitable” for the client, not necessarily best for the client. (This does not mean that stockbrokers are malicious or have bad intent. In fact, my experience is that the vast majority want to help clients reach their goals.)

By contrast, Investment Advisers-a particular legal category of financial advisors-fall under a different legal standard than stockbrokers. Legally, they operate in a “fiduciary” capacity, and must always place their client’s interests first.

To illustrate: A 90-year-old woman goes to purchase a vehicle. Under the suitability rule, she couldn’t be sold a unicycle, because it’s clearly not suitable.

She could, however, be sold a Mercedes Benz, even though a Toyota was what she really needed. Unfortunately, the Mercedes Benz generates a larger commission, so there is an inherent conflict of interest. Under the suitability rule, salespersons (stockbrokers) can place their own needs before the client’s. They can legally sell the product that pays the highest commission, even if it’s not the best choice for the client.

For decades, these two standards for offering investments have coexisted uneasily.

If given a choice between two similar, suitable investments, one with higher fees and higher commissions and another with lower fees and lower commissions, the stockbroker can sell either. In contrast, an investment advisor is obligated legally to present the option that is better for the client.

If you’re an investor, do you know which type of adviser you work with? Is he or she a stockbroker, operating under the suitability rule? Or an Investment Adviser operating in a fiduciary capacity?

Why is this an issue today? Because President Obama doesn’t like the way it is, and with good reason. You can read about it on pages 71 & 72 of the Treasury document titled “Financial Regulatory Reform: A New Foundation”.

What should you do? Find out. Call your financial consultants and ask if they operate under the suitability rule or in a fiduciary capacity. While you may decide to leave things as they are, won’t you feel better knowing where you stand in the pecking order?